An event to celebrate Asian Heritage Month and to commemorate the 75th anniversary of Japanese internment and expulsion was held May 28 2017 at Touchstones Museum, Nelson, BC.
‘Songs and Laments’, organized by Diana Morita Cole, brought together in Nelson performers who have migrated to the West Kootenays at various times from America, China, India, South Korea, and different parts of Canada.  The overflow crowd were treated to a diverse and lively program of music, storytelling, drama and poetry.
Three members of the Nelson Izu-shi Friendship Society were among the performers. ​ 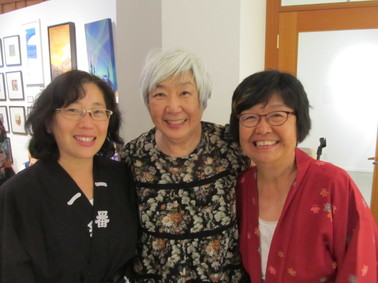